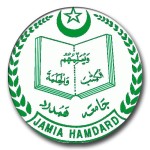 The history of Jamia Hamdard Delhi begins with the establishment of a small Unani clinic in the year 1906 by Hakeem Hafiz Abdul Majeed, one of the well-known practitioners of Unani System of Medicine of his time. Hakeem Hafiz Abdul Majeed had a vision of making the practice of Unani Medicine into a scientific discipline so that Unani medicines could be dispensed in a more efficacious manner to patients. He gave the name “Hamdard” to his venture which means “sympathy for all and sharing of pain”. His illustrious son, Hakeem Abdul Hameed, carried forward the philosophy and objectives of Hamdard in independent India. Even at the time of partition of India in 1947, Hakeem Abdul Hameed was dreaming of setting up a complex of educational institutions which would concentrate on highlighting the contribution of Islam and Islamic culture to Indian civilization and development of Unani medicines for curing diseases

On 22 Shawwal, 1367 Hijri, corresponding to 28th August, 1948, Hamdard, which was a commercial enterprise at that time, was converted into a Wakf, with the object of giving effect to Islamic teachings of public charity including health and education. In 1964, Hamdard National Foundation was created with a view to receive and disburse the profits earned by Hamdard (Wakf) Laboratories. Hamdard National Foundation was to take up charitable causes in the areas of education, medical relief and the advancement of knowledge, consistent with the principles of the true teachings of Islam.

For setting up a complex of research and educational institutions, Hakeem Abdul Hameed purchased a piece of land in Tughlaqabad area of South Delhi which was hardly inhabited in those times.