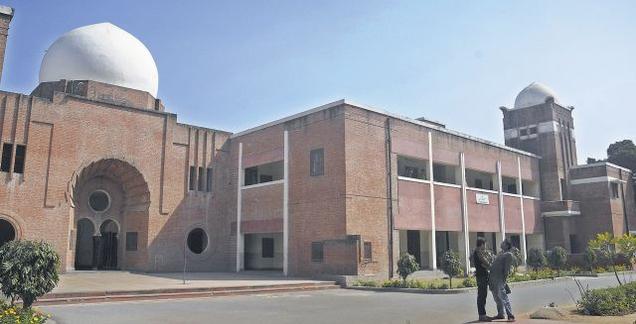 Jamia Millia Islamia, an institution originally established at Aligarh in United Provinces, India in 1920 became a Central University by an act of the Indian Parliament in 1988. In Urdu language, Jamia means ‘University’, and Millia means ‘National’.

The story of its growth from a small institution in the pre-independence India to a central university located in New Delhi—offering integrated education from nursery to research in specialized areas—is a saga of dedication, conviction and vision of a people who worked against all odds and saw it growing step by step. They “built up the Jamia Millia stone by stone and sacrifice by sacrifice,” said Sarojini Naidu, the nightingale of India.

“the movement of Jamia Millia Islamia is a struggle for education and cultural renaissance. It will prepare a blueprint for Indian Muslims which may focus on Islam but simultaneously evolve a national culture for common Indian.

The Sports Complex also has the facilities for Outdoor Games

9.      Hockey ground (Situated at the Faculty of Education)

11.   Sports facilities, such as Shooting, Swimming, Wrestling, and Boxing which are not available in Jamia are provided to qualified sports persons at sports stadiums outside Jamia.